Teddy Abrams is the widely acclaimed Music Director of the Louisville Orchestra and Music Director and Conductor of the Britt Orchestra, as well as an established pianist, clarinetist and composer. A tireless advocate for the power of music, Abrams continues to foster interdisciplinary collaboration with organizations such as the Louisville Ballet, the Center for Interfaith Relations, Oregon Shakespeare Festival, the Speed Art Museum and the Folger Shakespeare Library. He has conducted orchestras across the United States including the Los Angeles Philharmonic, San Francisco Symphony, Houston Symphony, The Florida Orchestra and the Saint Paul Chamber Orchestra, and has enjoyed a long-standing relationship with the Indianapolis Symphony, recently conducting them with Time for Three in a PBS special broadcast. As a pianist and clarinetist, Abrams has appeared as a soloist with orchestras and has performed chamber music with the Saint Petersburg String Quartet, Menahem Pressler, Gilbert Kalish, Time for Three and John Adams. He continues to make annual appearances at the Olympic Music Festival. Abrams studied conducting with Michael Tilson Thomas, Otto-Werner Mueller and Ford Lallerstedt at the Curtis Institute of Music, and with David Zinman at the Aspen Music Festival; he was the youngest conducting student ever accepted at both institutions. An award-winning composer and passionate educator, Abrams has taught at numerous schools throughout the United States. As a young man he was, for seven seasons, a proud member of the San Francisco Symphony Youth Orchestra. Abrams holds a Bachelor's degree from the San Francisco Conservatory of Music, where he studied piano with Paul Hersch. 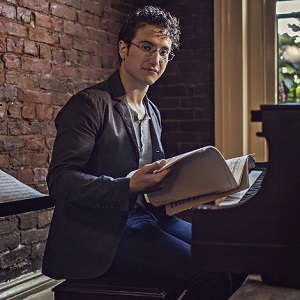