Nathan Farrington is the Principal Bass of the Los Angeles Opera Orchestra. He has performed in the bass sections of America’s finest orchestras, among them the Los Angeles Philharmonic, the Philadelphia Orchestra, the Chicago Symphony, the New York Philharmonic, the Cleveland Orchestra, the East Coast Chamber Orchestra, and the Seattle Symphony. As a soloist and chamber music collaborator, Nathan has appeared at the Marlboro Music Festival, the Aspen Music Festival, the Olympic Music Festival, ChamberFest Cleveland, and the Da Camera Society. A versatile man of many talents, Nathan often travels with his guitar as well as his bass, singing and playing operatic arias and folk songs.

In addition to his musical pursuits, Nathan is deeply interested in cinema. His Los Angeles-based audio company, Hazard Audio, connects top creative minds in music with those in motion picture and television production, resulting in many interesting projects. 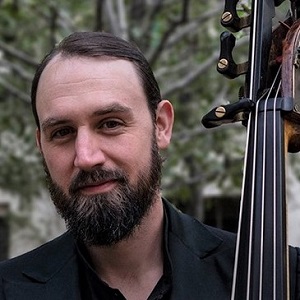