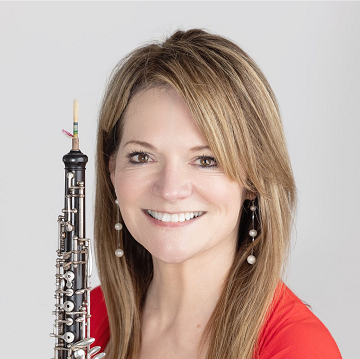 Ms. Reed has appeared often as soloist with local ensembles performing the concertos of Mozart, Bach, Vivaldi, Vaughan-Williams, Richard Strauss and David Newman. Her career has also extended to the Hollywood Studios, where she has played on soundtracks for hundreds of films. She was a First Prize Winner in the 1985 Coleman Competition and a semi-finalist in the 1988 Bert Lucarelli International Competition for Solo Oboists.