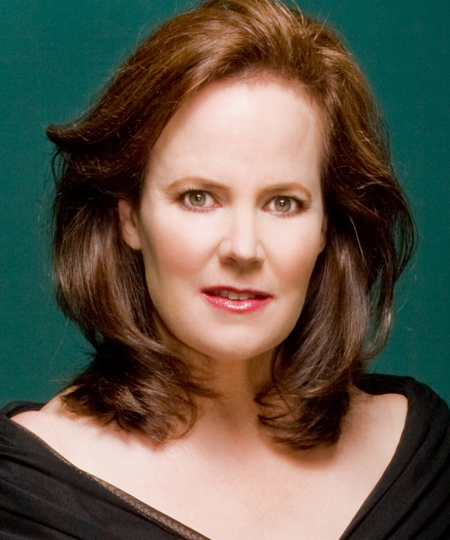 Hailed by Musical America for "her voice pure and ethereal, her expression embracing and heartfelt," Elissa Johnston has appeared in a broad range of repertory worldwide. She has performed with the Los Angeles Philharmonic, the Los Angeles Chamber Orchestra, the Los Angeles Master Chorale, the Pacific Symphony, the Atlanta Symphony, the St. Paul Chamber Orchestra, the Oregon Bach Festival and the San Francisco Contemporary Players. She made her Lincoln Center debut singing Brahms' Liebeslieder Waltzes with the New York City Ballet, and was invited back to premiere Morgen!, a set of ten orchestral songs by Richard Strauss choreographed by Peter Martins. Elissa has also performed at the New York Philharmonic's Copland Festival and Lincoln Center's Stravinsky Festival. She made her Carnegie Hall debut in 2018 with the Pacific Symphony, singing the role of Sarada Devi in Philips Glass' The Passion of Ramakrishna, as part of Carnegie Hall's year-long celebration of Glass' 80th birthday. Recital appearances include the Aldeburgh Festival in England and the Aspen Festival's Winter Music Series with composer Ricky Ian Gordon. Her operatic roles include Pat Nixon in the world premiere of John Adams' concert suite from his opera Nixon in China entitled "The Nixon Tapes", Pamina in The Magic Flute, Female Chorus in Britten's Rape of Lucretia, and Marzelline in concert performances of Beethoven's Fidelio. With the Los Angeles Opera, Elissa has appeared in Il Trovatore, The Marriage of Figaro, and Il Ritorno d'Ulise in Patria. This spring (2021) she appears with the L.A. Philharmonic in John Adams' Grand Pianola Music, as part of their Sound Stage presentations from the Hollywood Bowl.