An Escape From the Pit With Virtuosity and Levity 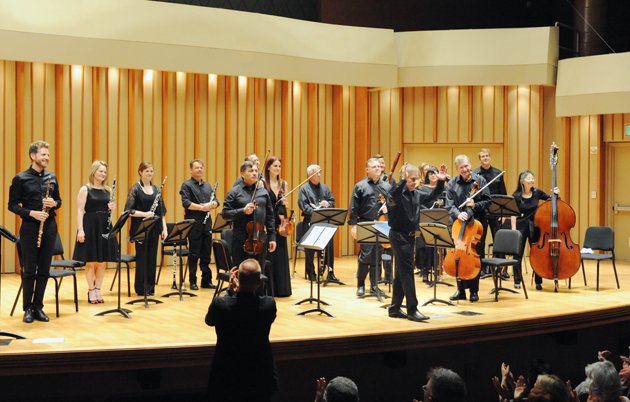 As if he didn’t have enough on his plate this month, James Conlon took time out from presiding over Los Angeles Opera’s production of Verdi’s La traviata to strike another blow for his ongoing Recovered Voices project. It didn’t involve much travel — just a walk from the Dorothy Chandler Pavilion one block south on Grand Ave. to the Colburn School’s Zipper Hall, Saturday afternoon (June 15). He took some of his expert players from the Los Angeles Opera Orchestra with him, too.

The result was an invigorating hybrid concert/lecture devoted to a pair of Austrian composer émigrés who found their ways to Los Angeles in the 1930s and ended up making their marks in very different ways. One in effect continued the German post-Romantic line by taking his musical language directly to the Hollywood film industry… read more